ARCHITECTURE AS PROPAGANDA: The Cultural Center of the Philippines 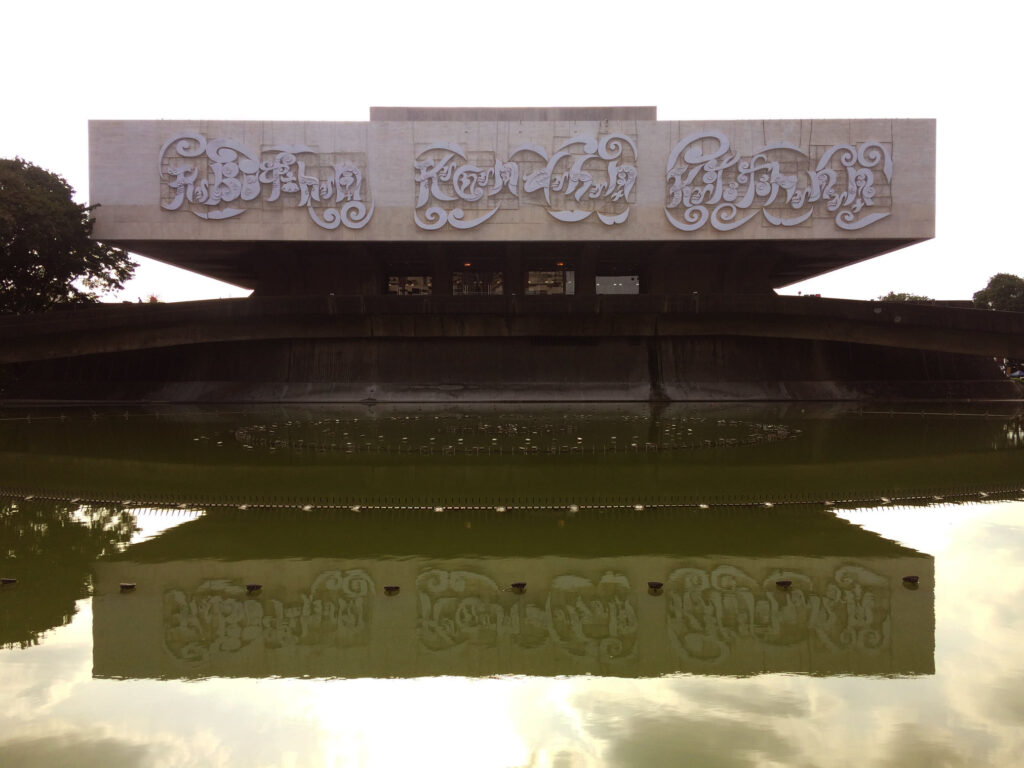 As a kid who had a steady increase of interest for architecture, I was easily amused by the grandiose structure that is the National Theater of the Cultural Center of the Philippines in Pasay City. It emanated an air of extravagance and importance due to its massive form, iconic symmetrical design, the large fountain in front, and its isolation from other large structures in the area. Although I lived near Pasay City, I did not pass by Roxas Boulevard in that area quite often and it was always a treat to see the National Theater whenever our car happens to be in the area. As I grew up, however, I learned of the political scenario that haunted CCP’s history and existence, seemingly like a ghost of the past; although a certain dictator’s years of rule were long over, Filipinos, until now, are still paying the price that is the consequence of his actions.

Most Filipinos would probably know the Cultural Center of the Philippines, or CCP as it was called, as the center of Philippine Arts and Culture and the place to be to witness both local and international productions and exhibitions. Festivals such as the Cinemalaya and the Pasinaya (something I was fortunate to attend many years ago) were held at CCP. It is, in fact, the home of nine cultural institutions, namely Ballet Philippines, Philippine Ballet Theater, Tanghalang Pilipino, Ramon Obusan Folkloric Group, the Bayanihan Philippine National Folk Dance Company, Philippine Philharmonic Orchestra, UST Symphony Orchestra, Philippine Madrigal Singers, and the National Music Competition for Young Artists Foundation (NAMCYA). It is also a repository of cultural research, having extensively published numerous materials on Philippine arts and culture throughout the years. Ironically, it was created through the initiative of one of the most infamous dictatorial governments in the world – a tyrant who had ruled during a dark era in the country’s post-war history and caused anguish among countless Filipinos.

The Cultural Center of the Philippines was created through Executive Order No. 30, s. 1966. This was during the first few years of Ferdinand Marcos’s first term as president. However, plans to establish a national theater existed before his term, with Imelda Marcos expressing her goal to push through with the concept during the campaign period of her husband for the presidency in 1965. The Philippine-American Cultural Foundation had plans for a “friendship center” themselves to be erected in Quezon City, designed by now National Artist Leandro V. Locsin. Although this project did not materialize, Imelda Marcos grabbed the opportunity and convinced the foundation to relocate to Pasay City where the plans for a national theater finally pushed through. The complex finally opened on the 8th of September, 1969, a few days from Ferdinand Marcos’s 52nd birthday. 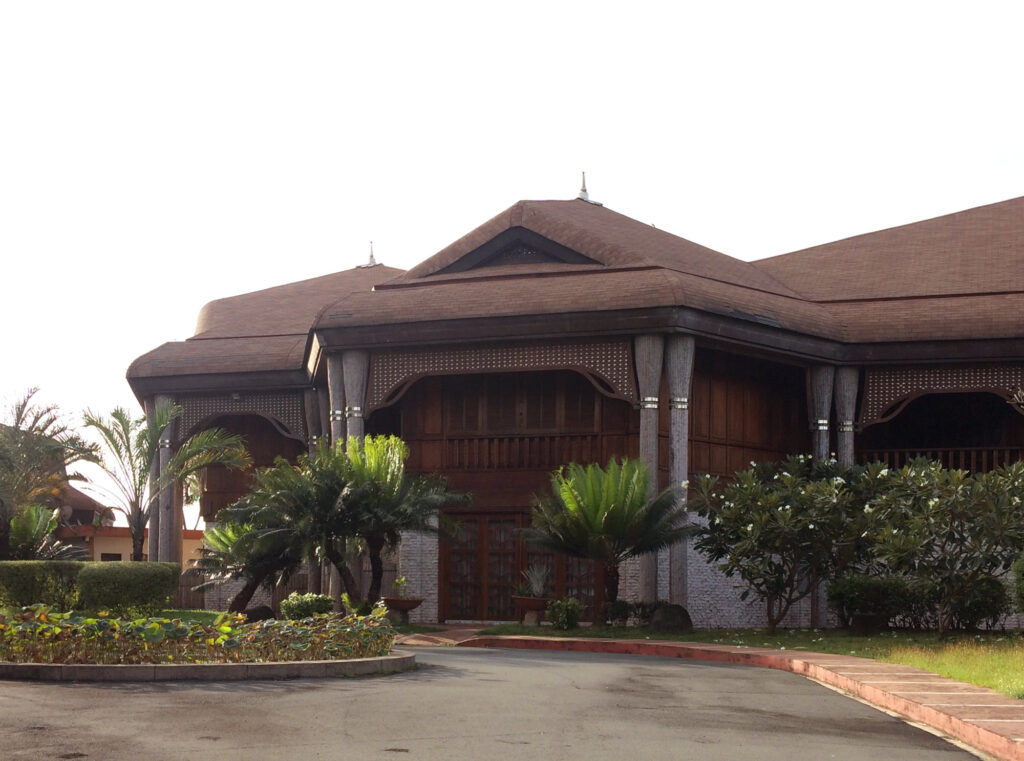 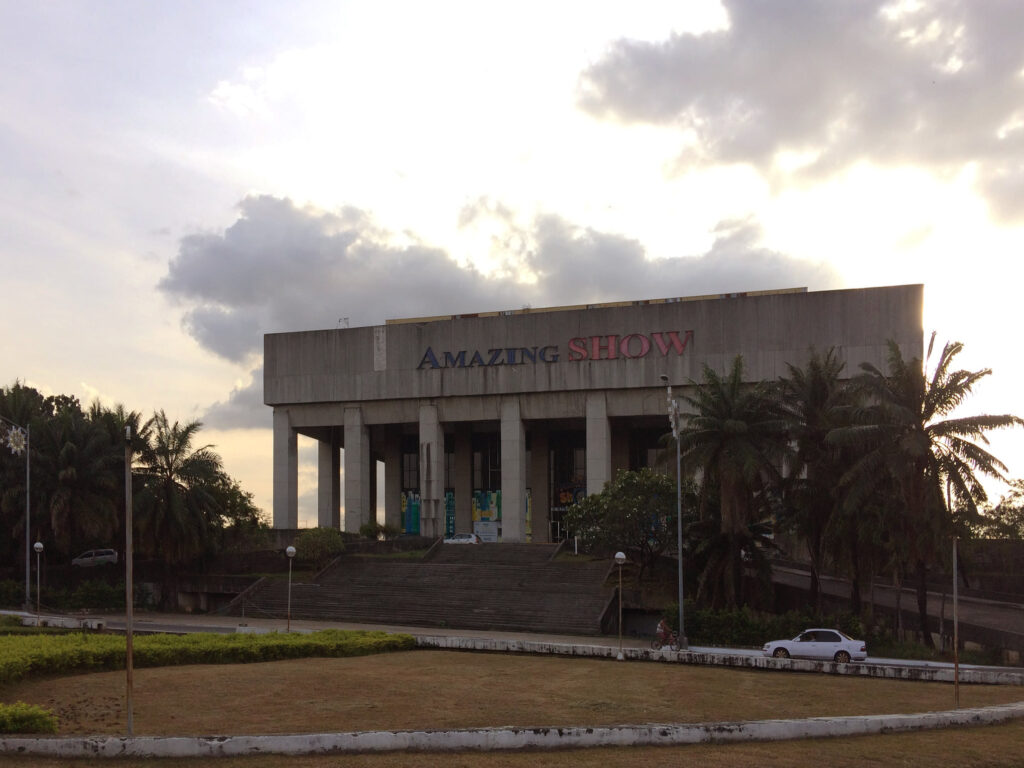 The Manila Film Center, on the other hand, had its lobby built in only 72 hours when it should have been properly done in 6 weeks. The Film Center would become infamous for the 1982 tragedy when scaffolding collapsed, plunging an unverified number of construction workers into the quick-drying cement.

CCP was one of the developments that epitomized the Marcoses’ “Edifice Complex”. The term “Edifice Complex” was coined in the 70s and is defined as the urge to construct buildings and structures (edifices) as a way to symbolize the country’s development and progress (or rather, the illusion of). Such structures were built to give a façade of grandeur and national prosperity – a metaphorical built curtain – that masked issues that were unaddressed during their time. These projects were funded by foreign currency loans which have devastated the economy and are still being paid by the taxes of Filipino generations until now. In fact, according to the World Bank and the International Monetary Fund (IMF), the country’s foreign deficit has increased from $360 million in 1962 (when Marcos became president) to $28.3 billion in 1986 at the end of his term (according to Afinidad-Bernardo, 2016).

According to Afinidad-Bernardo (2016), in order to pay “unpaid obligations” from the Marcos regime, the CCP sold its assets and lost some of its property. These included the PICC, Philippine Plaza Hotel (now Sofitel), Coconut Palace, and the PHILCITE, demolished and now occupied by Star City.