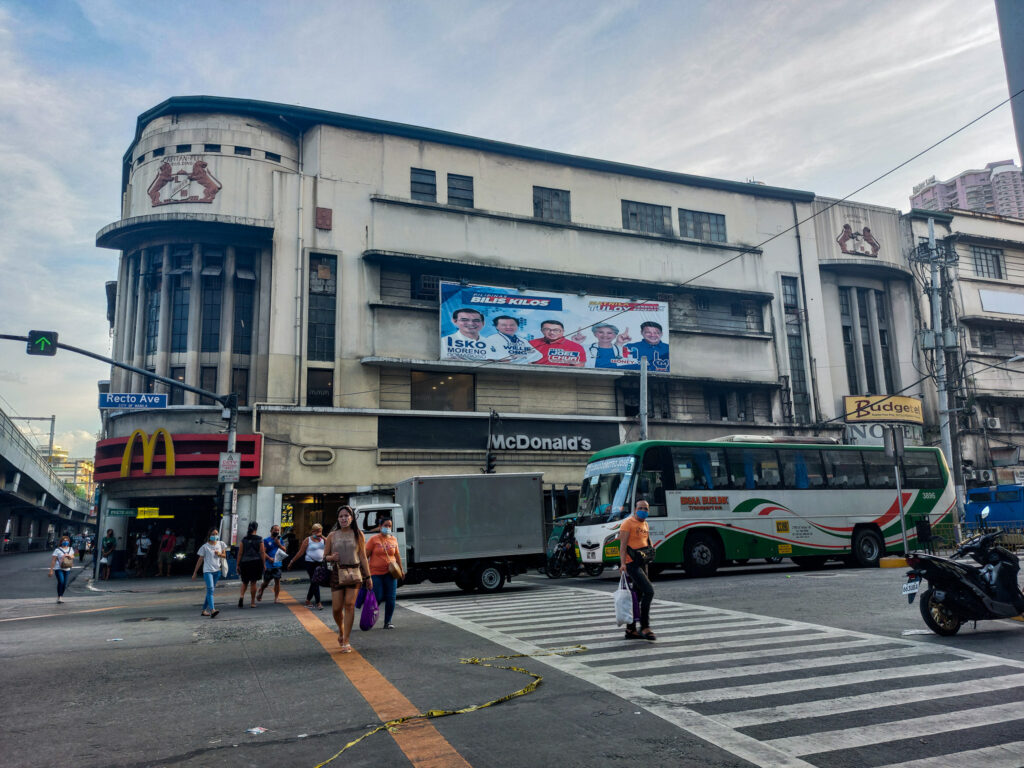 Finally got the chance to capture one of my fave heritage gems in Manila, the Captain Pepe Building, designed by none other than National Artist for Architecture Juan F. Nakpil in 1938. 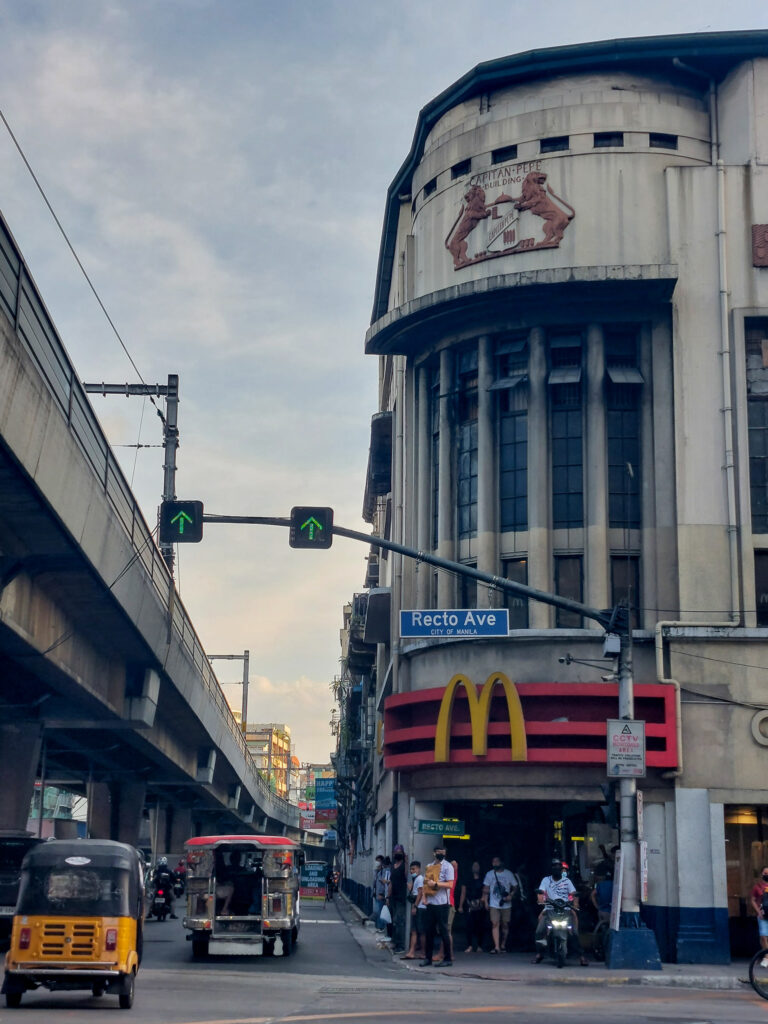 A prime example of streamlined moderne art deco that stands at the intersection of Rizal Avenue and Recto, the said building was erected in honor of Captain Jose “Pepe” de Leon, a local government official in San Miguel, Bulacan. In its heydays, it housed the Central Hotel and the Moonlit terrace nightclub. Before the war, it also premiered movies and hosted parties to socialites. 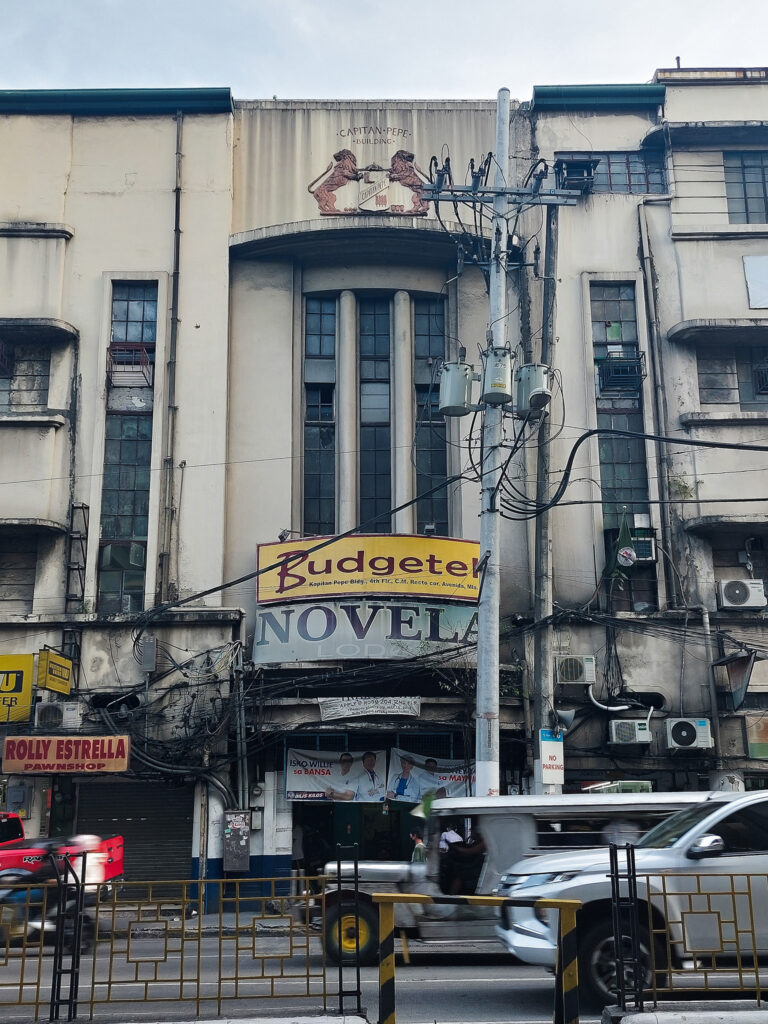 Now it functions as an “adaptive reuse” building with Budgetel, Novella lodge, the classic Pinsec Noodle house, and Mcdonalds, among others, as its tenants.

Nakpil’s other notable works are the Capitol theater in Escolta, Minor Basilica of Black Nazarene or Quiapo Church, UP Diliman Administration building, Rufino Building in Makati, SSS Building in Quezon City, and most importantly, the reconstructed house of Jose Rizal in Calamba, Laguna.