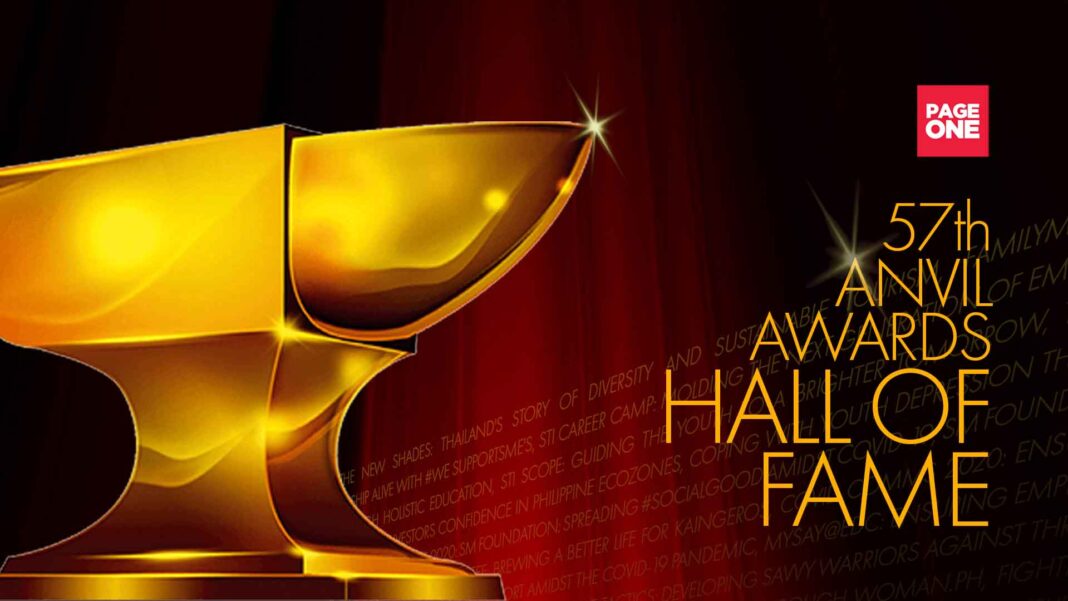 The Public Relations Society of the Philippines (PRSP) has inducted PAGEONE into the Hall of Fame after winning five (5) consecutive Agency of the Year Awards.

This rare feat was announced during the 57th Anvil Awards which is the annual recognition of the best of the best PR programs and tools and companies and agencies that excelled in public relations.

To date, it has amassed more than 200 awards from the Anvil awards of PRSP, the Philippine Quill Awards, the Silver Quill Awards in Asia Pacific, the Gold Quill Awards of the International Association of Business Communicators, the Asia-Pacific Stevie Awards, the Gold Standard Awards of Public Affairs Asia, the SABRE Awards, and the Golden Flag Awards. Recently, PAGEONE has been declared Best PR agency Southeast Asia during the ASEAN PR Excellence Awards held in Indonesia.

“We are extremely proud of what our young agency has accomplished. Established only in 2015, PAGEONE has been consistently recognized for its innovative, creative, and strategic campaigns that we implemented and continue to deliver to our clients and partners. These campaigns are products of the creative genius of the men and women of PAGEONE,” Vonj C. Tingson, PAGEONE President said.

The Hall of Fame award has been only bestowed a few times and no PR agency has won it since PRSP was established in 1957. PAGEONE is the first PR agency in the Philippines and in the history of PRSP to receive such recognition.

Since its inception seven (7) years ago, PAGEONE has also won for its clients four (4) Grand Anvil Awards, three (3) Platinum Awards, One (1) Company of the Year plum.

“We thank all our clients and partners for their continued trust, confidence, and support. Our reputation is our license to operate and that is why we hold our reputation, backed by sincere hard work and excellent delivery, sacred. We also owe this recognition to our families who patiently and selflessly allow us to shine,“ Ron F. Jabal, APR PAGEONE CEO stressed.

PAGEONE is under the holding firm, Alibata Pacific Holdings Inc, which is comprised of companies focusing on media, communications, branding, design, and publications.

To know the latest news and updates about PAGEONE, please visit www.pageone.ph and www.pageonemedia.ph.